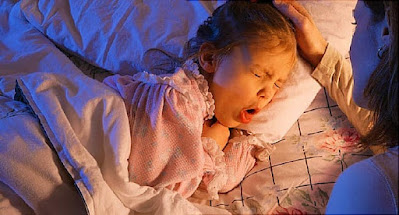 Whooping cough, also called pertussis, is an infectious disease caused by a bacterium known as Bordetella pertussis. The infection causes violent, uncontrollable coughing, which can make it difficult to breathe.

Even though whooping cough can affect people of any age, it is most dangerous for young children and infants.

According to the Centers for Disease Control and Prevention (CDC), whooping cough was a leading cause of childhood deaths in the United States before a vaccine was available. According to CDC, there were just under 18,000 cases of pertussis in 2016, with seven deaths reported.

The incubation period for whooping cough is about 5 to 10 days, but symptoms may not appear for up to three weeks, according to the CDC Trusted Source.

Early symptoms of the common cold include a runny nose, cough, and fever. A persistent cough may develop within two weeks, making breathing difficult.

It is not uncommon for infants to make a “whoop” sound when they try to breathe after coughing spells.

A severe cough can also cause:

Children and adults generally experience softer symptoms, such as prolonged coughing without a whooping sound.

You should seek medical attention right away if you or your child experience symptoms of whooping cough, especially if other members of your family have not received the vaccine.

The bacteria that cause whooping cough can rapidly spread from one person to another if they cough, sneeze, or laugh – causing the disease to spread quickly.

Your doctor will perform a physical exam and take mucus samples in the nose and throat to diagnose whooping cough. Samples will then be tested for the presence of B. pertussis bacteria. Blood tests may also be necessary for a proper diagnosis.

During treatment, infants and young children often need to be hospitalized for observation and respiratory support. Some people may need intravenous (IV) fluids to rehydrate when symptoms prevent them from drinking enough fluids.

Antibiotics can treat an infection, but they cannot prevent or treat the cough.

In newborns and small children, cough medicines should not be used to treat whooping cough, as their side effects are unpredictable.

For your child’s bedroom, doctors recommend using humidifiers to keep the air moist and ease the symptoms of whooping cough.

If an infant has whooping cough, they need close monitoring to prevent complications due to a lack of oxygen. These complications include:

If your infant experiences symptoms of infection, contact your doctor immediately.

Complications can also affect older children and adults, including:

People who are suffering from whooping cough may experience symptoms for weeks or even months after the illness. However, with early medical intervention, most children and adults recover quickly.

Deaths related to whooping cough are most likely to occur in infants, even after starting treatment.

The parents of infants should monitor them carefully. Consult a doctor if you notice symptoms persisting or getting worse.

A vaccine is the best way to prevent diseases. The best time to vaccinate an infant is:

Children must receive booster shots when they reach the following ages:

Children are not the only ones at risk from whooping cough. Talk to your medical doctor about vaccinations if you:

·       Visit, work with or care for infants and children

Blogging WorldBecome a Member as Supporter

At this website, we want to provide knowledge about health, disease, fitness, sports, technology, est. and also provide worldwide news and updates.

© Copyright - All Rights are Reserved by Blogging World